My eldest daughter Megan has an autoimmune condition called Mixed Connective Tissue Disease (MCTD), it is quite rare and has symptoms of various conditions such as Lupus, Arthritis, Scleroderma and Raynauds.

As such there is no UK charity that directly funds research into MCTD, so when my partner Elizabeth and niece Jessica agreed to run a half marathon to raise funds and awareness they found it difficult to choose a charity, but eventually they decided on the Raynauds and Scleroderma Association (RSA) as Megan does persistently get bothered by attacks of Raynauds phenomenon in her fingers. 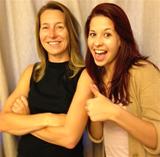 I know there are lots of worthy charities out there, but if you are able to make a donation for this less well known condition please follow the link to this Just Giving page, Thank you.

It’s time for some training and updating of my qualifications, so this week I completed a 3 day First Aid at Work (FAW) course and next week I have booked myself on a 5 day Site Management Safety Training Scheme (SMSTS) course. Add to this my recently updated CSCS managers card and my Health & Safety credentials are fully compliant with the health and safety laws.

A Merry Christmas to all of my friends, colleagues and partners.

This year I have decided not to send Christmas cards and instead I am making a donation to The Butterfly Group which is a charity dedicated to those with autoimmune disease and immune disorders.

I expect that I will quite often be asked to help clients and colleagues when their projects or resin floors are experiencing difficulties. That certainly has been the way things have transpired throughout my working life.

As an external consultant it is during these difficult times that people look for support and I’m always glad to be able to help out, in fact it is in my DNA.

The name McIntyre comes from the Irish (or Scottish) Mac An T-Saoir, which means the son of a craftsman or freeman. The Scottish branch of the family even have their own tartan and also their own family motto, which is ‘Per Ardua’, which translates from Latin to ‘through difficulties’.

So if you need any help to get you through difficulties, who better to ask than the McIntyre Consultancy. 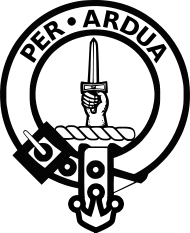 I am undertaking my first independent project management assignment in Norway this week. An ESD / Conductive resin floor, I will post some information about it later, but for now enjoy the photo… it is proper cold out here ! 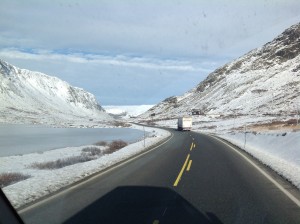 21 years ago I was writing my dissertation in Bristol as part of my Quantity Surveying degree course. The topic I chose to research was ‘Problems in Subcontractor Payment’ and despite my college Professor’s reluctance to accept it was a problem, I chose to ignore his advice and submitted my analysis of the situation at that time and my proposed solutions.This set me on a path that has seen me ignore the traditional PQS and Contractor’s QS role and I have only ever worked for Specialist Subcontractors.

Back in the early 90s contractual abuse was common place and subcontractor payment was often abused. Main Contractors would enforce Pay when Paid clauses as a matter of course and subcontracts were extremely one sided and onerous. I cut my teeth working on the boom of motorway widening and ‘lane rental’ projects that burst on to the scene around the M25 in the early 90s and drew many a red line through the badly drafted subcontracts of the notorious Civil Engineering Contractors of the time, such as Balfour Beatty, Costain, Tarmac, Amey etc

What I learnt during that period was that the most important meeting on any construction project is not the final account meeting, it is the pre-let and the most important battle is not the price, but the ‘battle of the forms’. If you can get a standard form with fair terms and conditions, then you stand a decent chance of protecting subcontractor payment and completing the project with a small profit and your reputation intact. The alternative will lead to ruin.

The commercial environment is more favourable these days post Latham Report and with the Construction Act in place, but Contractors and their Quantity Surveyors are geared up today as much as ever to take advantage of every opportunity to tip the balance in their favour, which is why they still issue non-standard forms, with  their own re-drafted clauses, particularly in respect to subcontractor payment, adjudication and notifications.

That is why as specialist subcontractors, in this economy with ever dwindling margins it is as important now as it ever has been to make sure you fully understand the contract that you are signing up to when agreeing subcontracts and subcontractor payment terms. Protect your rights, your cash flow and win the battle of the forms.

Welcome to my website and thank you for taking the time to read my blog.

I am new to the blogosphere, so please be patient as I get to grips with the wonders of WordPress.

The idea is to post some interesting and helpful articles about resin flooring, subcontracting, quantity surveying and other random topics just to keep things fresh. I have asked some of my contacts in the industry to contribute occasionally and hopefully we may even get some feedback and advice from people that read the posts.

website by clooti
We use cookies to ensure that we give you the best experience on our website. If you continue to use this site we will assume that you are happy with it.OKPrivacy policy